This is a story lesser known but the one that sets high morals. And the hero of the story: ‘Yuyutsu’! Many of you might not even have heard of this name, but he was the only Kaurava who survived the war of Kurukshetra! But if all 100 sons of Dhritarashtra died then who was Yuyutsu? Wondering, right? He was too, the son of Dhritrashtra but not from the Queen Gandhari but from a Vaishya dasi Sugadha!

It all started when Gandhari was facing problems related to pregnancy and couldn’t give Dhritrashtra sons even after 2 years passed when sage Vyasya gave her boon that she will give birth to 100 sons! Fearing that he might not ever have his heir through Gandhari he produced a son through Sugadha. However, he was born on the same day as Duryodhana and younger to him but elser to all the other sons of Gandhari.

Being the son of a dasi, he was never respected and always insulted by all his half brothers. And may be, this is why his name is not known much nor does it find much of a mention in the epic. Evil being always brewing inside the Kaurava clan, Yuyutsu was the only one who paid a conscious attention to remain aloof of it, while none of his other brothers gave way to their inner calling! He chose not to follow the path of evil practices as his brothers.

He was a righteous man and an intelligent one too! He knew that Kauravas have no chance in front of Pandavas in the war of Kurukshetra. And as it was said, that everybody would have freedom to chose the sides in Mahabharata he chose Pandavas side. But he didn’t let it in open to Kauravas and passed on the information of their wicked plots and strategies to Pandavas. Infact he even saved Bhima’s life by informing Pandavas that Duryodhana planned to poison the water.

He was a smart one and sided with Pandavas just before the Kurukshetra war was to begin. And thus, he was the only Kaurava who stayed alive after the Mahabharata war. Also his rightful conduct made him the supervisor of Hastinapur as Pandavas retired and Krishna left earth. This is the story of Yuyutsu, the only Kaurava who fought for Pandavas! 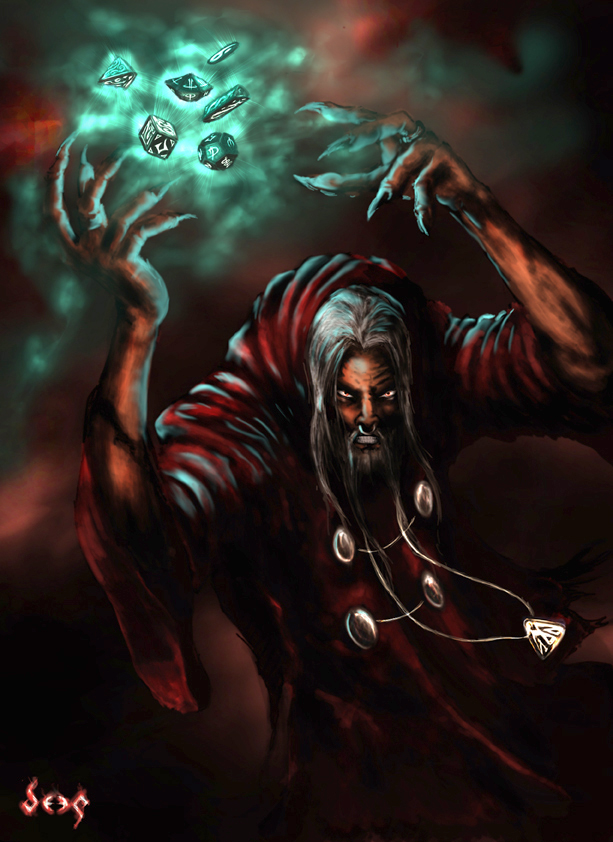 Sometimes he is called the mastermind of Kurukshetra, sometimes he is refereed as the villain of Mahabharata, he is Shakuni. Famously called Shakuni Mama. But this extremely intelligent and wicked man has a gruelling history behind him which explains a lot about his behaviour and strategic formulations. Though a devilish mind he has his reasons to carve out the entire Mahabharata by brain feeding his nephew Duryodhana. Let us get today deep into his interesting and a rarely heard story.

Shakuni was born to the King Subala of Gandhara. He had 100 brothers and was the youngest amongst them. His sister who later went on to become wife of Dhritarashtra had some Dosha or fault in her Marriage Kundli. It was said that whoever she would marry first will die after the marriage. And so she was married to a goat first which was sacrificed after. Later when Bhishma Pitamah brought the proposal of Dhritrashtra for her, she got married to him. However Shakuni never approved of the marriage of her sister to a blind king and was angry with Bhishma Pitamah for bringing such a proposal.

The fact that Gandhari was first married to a goat and was a widow came to light before Dhritarashtra after marriage. He could not take on the fact that he was her second husband and decided to punish the Gandhari’s family. He imprisoned her entire family along with the King Subala and starved them gradually. With a very meagre diet each of them knew that none of them would be able to survive long. And so they decided to give each of their portions of meal to their youngest brother brother Shakuni so that he could survive to take their revenge. Also to ensure that he didn’t forget the avenge he twisted Shakuni’s leg and we still remember his famous limping walk. The King requested Dhritrashtra to let go Shakuni and promised him that he would be taking care of his sons, The Kauravas. Dhritrashtra took pity and saved Shakuni.

Shakuni had also prepared a dice using the bones of his father and it is said that this Dice had magical abilities as his father’s soul resided in it. The same Dice was later used by shakuni to win the game with Pandavas. He never forgot to take a revenge and every moment he was with Dhritarashtra’s sons, he tried to gain their trust. Eventually he became their confidante. He instilled hatred and anger for Pandavas in Kaurava’s mind. He constantly brainwashed Duryodhana and prepared the Kauravas to fight against Pandavas knowing that Kauravas would never be able to win the battle and would vanish in the war. And we all know for what happened in the war of Kurukshetra. Shakuni even on the losing side emerged successful in taking his revenge.

‘A silent witness’, he is called despite being the most powerful one of the era. One of the most lesser known legend of Mahabharata epic, he is Barbarik. Born to Ghatotkacha and grandson of the great Bhima, he was destined to become a great warrior. Lord Shiva had blessed this brave fighter with three infallible arrows and a special bow was granted to him by Lord Agni Dev. The first arrow had power to mark all the objects that Barbarik wanted to be destroyed. The second arrow was supposed to mark all the objects that Barbarik wanted to be saved.The third arrow then was used to destroy all the objects marked by the first arrow. In this way, Barbarik was considered to be almost unbeatable. Mahabharata being on verge of starting, he expressed his keen desire to her mother to let him watch the battle of Mahabharata. Her mother granted her the permission but took a promise from him that if he ever felt a urge to fight in the battle, he would have to do so from the weaker side of the battle. He agreed to it.

Knowing of his special powers, Lord Krishna became interested in knowing the reality. He met Barbarik in form of a Brahmin. He asked him the question as to in how many days he can finish the battle. To this, his reply was that he can do it within one minute with the help of just three arrows and a bow. Mocking him, Lord Krishna asked him to display his strength by tying all the leaves of the tree nearby. As Barbarik started meditating,Krishna plucked a leaf and hid it under his legs. Unknown of this fact as Barbarik released his first arrow, it marked all the leaves and began revolving around the leg of Lord Krishna. As he lifted his leg the arrow marked the remaining last leaf as well. Seeing this Lord Krishna was astonished. He asked him as to which side of the battle he planning to fight. Barbarik answered that he is thinking of fighting the war from Pandavas side as their army is smaller than Kauravas and he has pledged to fight from the weaker side.

As the reality dawned upon Krishna, he understood that if Barbarik joined Pandavas, the Kauravas will become weaker as Barbarik is a great warrior and then he would have to turn to Kauravas side to fight the battle and in this way he would simply be oscillating between both the sides till he destroys everyone and is left alone. He tells this consequence to Barbarik and asks his head in charity in order to bar him from getting engaged in the war. To which Barbarik agreed but also expressed his great desire to watch the greatest of the battle.Listening to this Krishna agreed to place Barbarik’s head on top of the mountain that overlooked the battlefield. And so he witnessed the entire battle and is thus called as ‘A silent Witness’!